A tale of invasive species

This time last year I wrote a blog about a fungal disease which is killing plane trees along the Canal du Midi in the South of France. Some 4000 dead or dying trees, most planted in the mid-19th century, had already been felled. Since then, many more trees have been taken down and lengthy stretches of the canal are now treeless.

In several villages the banks have been replanted with young saplings; for example, with native hackberry trees (Celtis spp) at Capestang and disease-resistant planes at Trèbes. Indeed, some €200 million, some of it raised by public subscription, will be spent on replanting over the next decade. But it will be many years – perhaps a generation or more – before the trees provide decent shade and a habitat which can support the many species of bird which, until now, have prospered in and around the planes. 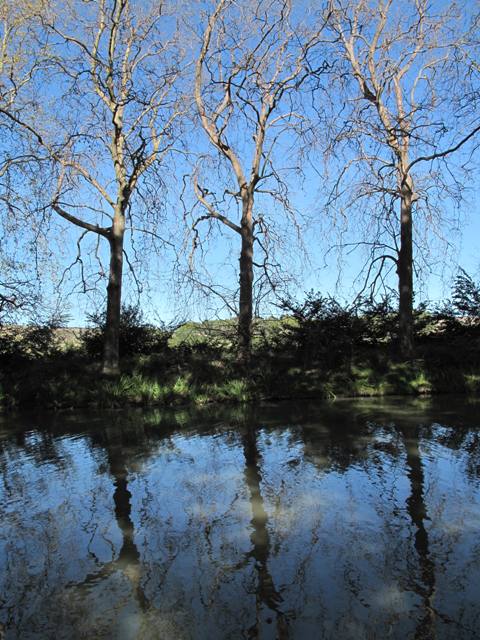 When we first came to Capestang 12 years ago, a friend who lives in the Corbières warned us that an incurable disease was likely to affect the plane trees. We thought he was talking nonsense. At the time, there was no visible sign of the disease, but over the years we began to notice that some of the trees had a jaundiced appearance, with yellowish leaves and thinning crowns. Now, there are long stretches where at least half the trees are dead. The speed with which the disease has taken hold is astonishing.

Alien diseases and pests pose a major threat to native species, as the latter often have insufficient time to develop resistance strains. There is no cure for plane tree canker stain (Ceratocystis platani), which was imported into Europe from the United States during the Second World War in wooden ammunition boxes. The loss of the plane trees – some 42,000 will eventually be felled between Toulouse and the Mediterranean – provides a dramatic example of a phenomenon that is likely to become increasingly widespread.

All of this has serious implications for the UK. Take, for example, the fungal disease ash dieback (Chalara fraxinea). First identified in Poland in the early 1990s, it arrived in the UK in 2012 in a consignment of infected trees from a nursery in the Netherlands. Last month, the Forestry Commission confirmed that the disease has now been identified at 738 sites in the UK.

I recently went for an early morning walk in Wensleydale, just a few miles south of Leyburn in the county of North Yorkshire. This is one of the great English landscapes. Sheep and cattle graze in irregular fields hemmed in by limestone walls and scraggy hedges, and the dale is generously spattered with trees, the vast majority of which are ash. Losing the ash trees here – the disease has killed up to 90% of ash in Denmark – would have as devastating an effect as the loss of plane trees along the Canal du Midi.

A report by the Countryside Restoration Trust, commissioned by the Conservative MP Zac Goldsmith, found that 25 non-native tree pests and diseases “are either already established, recently arrived, on their way, or pose potential threats to our trees, woods and forests.” It’s not just the threat to our landscapes that matters, but the financial burden. According to CRT, tree pests and diseases are costing the UK economy at least £130 million a year. Overall, invasive non-native pests and diseases – this includes grey squirrel, mink, muntjac deer and various other species which I shall be writing about in The Facts of Rural Life – cost us at least £1.7 billion a year. 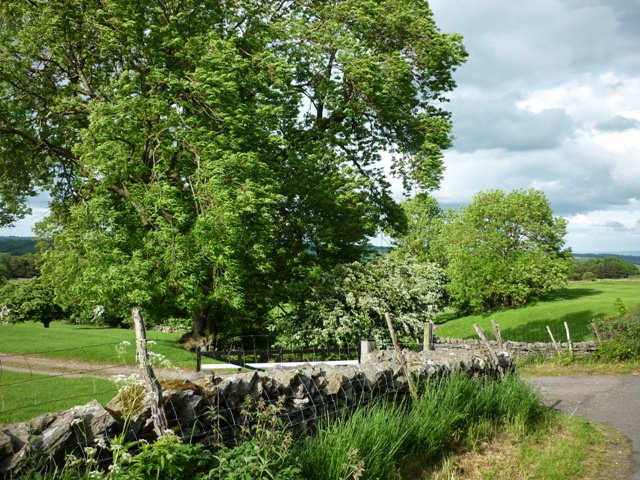 This is not a tub-thumping blog, calling for more action from the government or landowners or the public and private agencies involved in conservation. Visit their websites, and you sense that they’re well aware of the problem, and in some cases trying to do something about it. Rather, it is a confession: if I hadn’t seen the devastation along the Canal du Midi, I would never have appreciated the destructive potential of other alien diseases, such as ash dieback. Tackling these diseases is just as important as, say, controlling bovine TB in badgers, but you wouldn’t think so if you read the newspapers or listened to the news. We need to take our native trees – and the threats to them – more seriously.