Late one afternoon, some 35 years ago, Richard North and I walked through the gates of St Anthony’s monastery in Egypt’s Eastern Desert. Among the cowled monks we eventually found one who spoke English. Richard explained that he was writing a book about monastic life, Fools for God. I was retracing a journey I had made in the mid-1970s, a story told in the The Other Nile.

Shortly after our arrival, a black Mercedes pulled up at the gates. Out stepped Max Nicholson – one of the grand old men of British conservation – and the ornithologist P A D Hollom. “Most unecshpected!” said Max as we shook hands, with the familiar shushing of the letter ‘s’. Richard and I had both interviewed him for magazines and newspapers. The two gentlemen – Max was dressed in tweeds and plus fours – were returning from the Red Sea Hills in Sudan, where they had been bird-watching.

Just before sunset, Max, Richard and I were shown round the small Church of St Anthony. The monk used a torch to illuminate the medieval frescoes, whose fresh colours had been preserved by seven centuries of darkness. Hollom expressed not the slightest interest in the monastery’s history and spent the twilight hours tape-recording the resident ravens.

After a simple dinner of unleavened bread, falafels and beans, we retired to the visitors’ dormitory. The beds were ancient and flee-ridden and Max and Hollom had a long discussion about whether or not they should wear pyjamas. The only other conversation I recall was about kites. Max asked if we had noticed how few kites there were in Cairo. On the contrary, I replied, I’d been struck by how many there were. They seemed to be everywhere, wheeling above the slums and the cemeteries, the squares and the streets.

“There used to be far, far more,” said Max with great authority. “What it means, you see, is that Cairo is cleaner than it used to be. That’s why there aren’t so many kites.”

I thought of Max this morning as I wandered around the streets of Kigali. It suddenly struck me how few kites I had seen this week. Kites thrive on carrion and waste, and you don’t see much of that here. Kigali must be the cleanest city in Africa. Think of Geneva, with friendlier people and worse food. 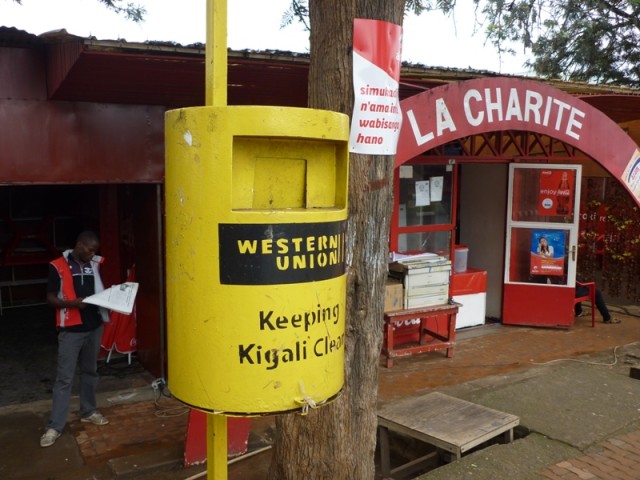 Walking the streets early in the morning you come across a veritable army of men and women in green overalls, assiduously sweeping up every speck of dirt and the previous night’s fallen leaves. There are no plastic bags here, for the simple reason that they’ve been banned, and this is a country where you do as you’re told. Indeed, you are warned when you fly into the country to have none in your luggage.

During the Second World War, Max was in charge of allied cargo shipping in the Atlantic, and he attended summits in Cairo (which was presumably dirtier then), Yalta and Potsdam. After the war he helped to establish the World Wildlife Fund and Britain’s Nature Conservancy. He was a prolific writer about environmental issues and the editor of the nine-volume The Birds of the Western Palearctic. He died in 2003, aged 98.

Max must have been 80 and Hollom 72 when Richard and I met them at the monastery, towards the end of their 2000-mile journey on roughish roads, the days scorching hot, the nights cold, the beds uncomfortable. I hope I’ll be able to make – and want to make – the same sort of journey when I get to their age.

You can find out about Richard D North’s Fools for God here.