The idea for this book came to me in Africa several years ago. Whenever taxi drivers in cities like Nairobi or Accra or Kigali asked me what I was doing I would explain that I was in their country to write about issues related to farming and land use. I was always struck by how knowledgeable most were. Some would tell me about the best ways of feeding dairy cows; others would discuss ways of tackling pests and diseases. Perhaps this is not surprising. Many city-dwellers in Africa were brought up on farms and most have relatives in the countryside who still make a living from the land. 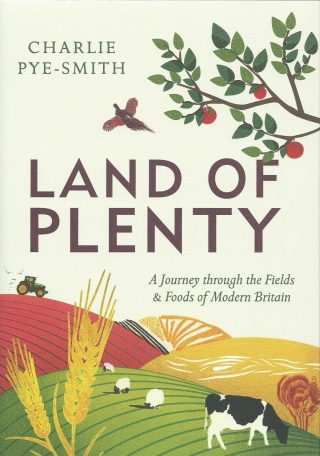 This is in stark contrast to our own country. I now live in South-West London and the only people with whom I can have a conversation about farming are the people who sell me meat and vegetables at my local farmers’ market. Most of my friends are passionately interested in food. Their kitchens are full of cookbooks; some take great pride in sourcing what they consider to be the best raw materials. However, like most city people, they are remarkably ignorant about the people who feed us.

Hence my decision to write a book. Who exactly are the men and women who provide us with our daily bread and butter? What are the challenges they face? What are their chances of surviving in a fast-changing and uncertain world? These were the questions I set out to answer as I embarked on my travels around the British countryside. I was very fortunate to find a marvellous publisher, Elliott & Thompson. Here is their press release.

Our farmers are facing the most uncertain future for a generation given the decision to withdraw from the European Union and its Common Agricultural Policy. In Land of Plenty, Charlie Pye-Smith travels the length and breadth of Britain to provide a rich and timely portrait of an essential aspect of our national heritage: farming.

No other walk of life possesses such a diversity of people and enterprises and Charlie Pye-Smith spends time with all of them. From lowland estates which use the latest computer-based technologies to remote hill farms; from ultramodern indoor dairy units producing millions of litres of milk a year to small, old-fashioned farms making cheese with 20 or 30 cows; from tenants who have just joined the industry to landowners whose families have farmed the same bit of land since Norman times.

While interest in the natural world is flourishing, most people have to go back several generations or more before they can find an ancestor who worked on the land. Unsurprisingly, the vast majority are ignorant about country matters and have only the haziest knowledge about the people who are supplying us with the most essential thing in life: our daily bread and butter, meat and fish, fruit and vegetables. Travelling around Britain during the past year, Charlie Pye-Smith shines a light on this most vital national industry.

The great British countryside has changed immeasurably over the past century. Land of Plenty explores its past, present and future alongside topics such as agricultural labour, self-sufficiency in food production, farming subsidies and Brexit. Covering the dairy industry in Somerset and Gloucestershire; beef in the Scottish Borders; sheep in North Yorkshire; pigs and poultry in East Anglia and Hampshire; vegetables in Norfolk; fruit in Essex and the West Country, Land of Plenty captures an industry with a remarkable ability to adapt and embrace innovation.