Emerging from the Shadows

Under the four-year rule of the Khmer Rouge in the 1970s, around a fifth of Cambodia’s population were murdered or died of famine or disease. Pol Pot’s regime was ousted in 1979 by the Vietnamese, but it was only after a peace agreement in 1991 that the UN recognised the legitimacy of the new government. That’s when Western donors began to enter the country. It wasn’t until the end of the 1990s that peace was entirely restored.

In 2008, the Cambodian office of the UK Department for International Development (DFID) invited me to research a series of stories about two aid programmes. They weren’t expecting a conventional report or evaluation; rather, they wanted a series of human interest stories showing how relatively small amounts of assistance were improving the livelihoods of rural communities and helping to rebuild the civic institutions which had been destroyed by the Khmer Rouge. The fact that DFID subsequently decided that Cambodia was doing well enough for it to close its country office in Phnom Penh says something about the success of these and similar aid programmes. 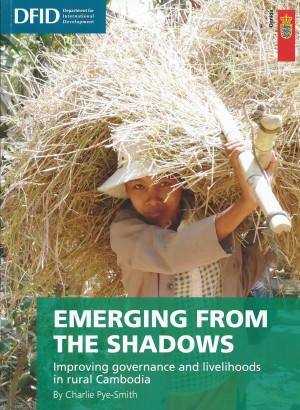