The trade in illegal timber is worth billions of dollars, and much of it is controlled by a relatively small number of individuals who are more likely to be found in flashy city offices than on the forest floor – where the dirty work takes place. The damage caused by the illegal timber trade is colossal. Although tens of thousands of forest dwellers benefit in the short-term – for example, by earning money from selling on shifting timber – millions see their livelihoods destroyed or diminished by deforestation.

In 2007, the UK Department for International Development (DFID) asked me to put a human face to this shady trade by writing about the illegal logging business in Indonesia, Ghana and Cameroon. Crime and Persuasion is about the good as well as the bad, and it also describes some of the serious efforts being made in these three countries to reduce the impact of illegal logging. 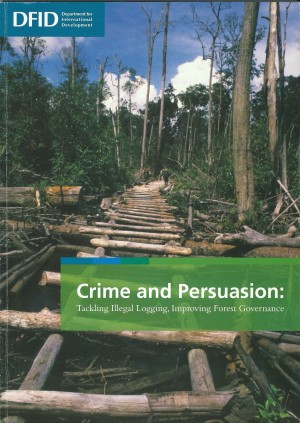