by Charlie Pye-Smith and Richard North

In 1980, Temple Smith published Marion Shoard’s The Theft of the Countryside, a vigorous attack on a subsidy system which was encouraging farmers to destroy landscapes and wildlife. Two years later, Temple Smith published Agriculture: The Triumph and the Shame by the splendid pig-farming Tory Member of Parliament, Sir Richard Body. Maurice Temple Smith, very much in the old mould of gentleman publisher, then commissioned a book by Richard D North and myself about the sort of reforms which could turn the agricultural industry into a more benign creature.

The reforms proposed in Working the Land were based on the experiences of a dozen or so farmers who were producing healthy food in ways which were good for the landscape and nature. At the time, these pioneers of good practice shone brightly, like isolated yet brilliant stars in a dark firmament. Some of the practices we celebrated then – such as low-input mixed farming, and less intensive methods of animal husbandry – are now commonplace. They are precisely the sort of things which the farmers who sell their goods at our local farmers’ market, in south-west London, are now doing without seeming eccentric. And that is a cause for celebration. 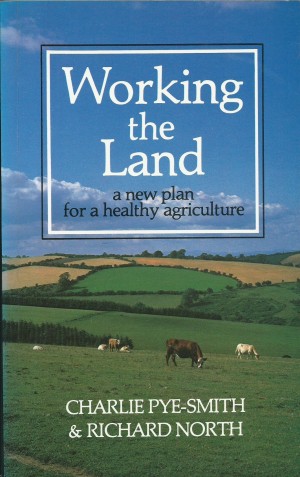