In 1996, I attended a scientific conference on the Himalaya, held in a Quaker hotel in Upper New York State. Fascinated by what I learned there and enchanted by the people I met, I convinced Michael Alcock of Aurum Press to commission a book about Nepal. During my travels in this remarkable country, I was greatly assisted by two of the people I met at the conference, Broughton Coburn, one of the first non-natives to travel into Chinese Tibet and later Mustang, and Hemanta Mishra, who in those days before the Maoist uprising, ran the King Mahendra Trust for Nature Conservation.

The title is misleading. Yes, I wrote about my travels, but I was also much preoccupied with the way in which foreign nations were dispensing aid. The British, the Americans, the Swiss, the Australians, the Japanese – they were all there, each operating in their own separate geographical sphere. This was my first serious look at the business of foreign aid – or development assistance, as it is now politely known – and while I saw plenty of good things, much of it seemed rackety and corrupt. The paperback edition was published by Penguin. 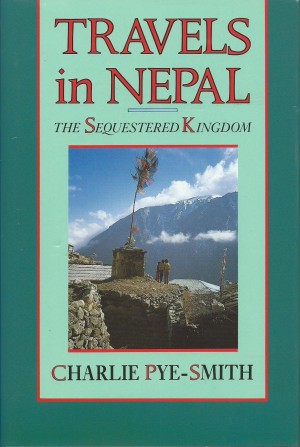