During the winter of 1975/76 I worked for a two-man environmental consultancy in a mining village on one side of Durham and lived in a bedsit in a mining village on the other side. For some reason, I have good memories of these few months. Perhaps I was tougher then. For much of the time I was bitterly cold and without a girlfriend. I spent many evenings in pubs, smoking, drinking and – this is what matters – reading.

Inspired by Lawrence Durrell’s The Alexander Quartet, a lush, romantic, rococo masterpiece (much reviled nowadays by the literati), I left snow-bound County Durham, almost on a whim, and headed for Greece, from where I caught a boat to Alexandria. During the next three months, I made my way overland through Sudan, into Ethiopia and south to Kenya. The return to Egypt involved several days living undercover in Idi Amin’s Uganda and a 10-day trip down the Nile, travelling third class in an ancient steamer in a section reserved for Dinka women.

A decade later, I decided to repeat the journey. My intention was to travel with a keener eye, a modicum of common sense, and more money in my pocket. I loved Egypt as much this time as I had before. But Sudan had changed for the worse and Khartoum was now full of refugees, fleeing the wars in neighbouring countries. It was impossible to cross the border into Ethiopia, and South Sudan was gripped by civil war, so I failed to retrace my footsteps. The Other Nile tells the story of these two journeys, made in the days of steam trains, long before the invention of faxes, emails and the Internet. In those days, travelling really meant you were a world apart.

The hardback edition was greatly enhanced by the pencil drawings of a close friend, Eric Parry, who also illustrated the cover. Eric is one of Britain’s leading architects. 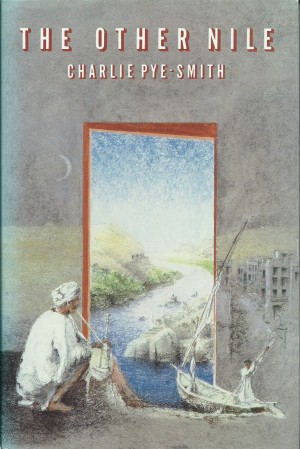