Before I wrote this book I spent several months in India, researching a book about the environment to accompany a Channel 4 television series, In Search of Wild India (Boxtree, 1992). I was astonished by the number of churches I saw: not just the grand neoclassical and Gothic edifices of Calcutta and Bombay, but the meagre shacks with modest crosses in remote areas dominated by Hindus and Muslims. There was, I imagined, an interesting story to tell.

Rebels and Outcasts describes a lengthy perambulation around India from Shimla to Delhi, south to Bombay and Kerala, then northwards through Madras to Calcutta and on to the remote tribal regions of the North-East. I met a great variety of Protestants, including people who claimed they could raise people from the dead, as well as Catholics, Methodists, Pentecostals, Orthodox Christians and many other denominations. I discussed theology (and frequently cricket) with bishops, the novels of Salmon Rushdie (then banned in India) with Salesian priests, and poverty and with slum-dwelling nuns. If nothing else, my experiences made me think more deeply about the meaning of life and what happens, or doesn’t happen, next. The book received some terrible reviews in India’s Hindu papers. 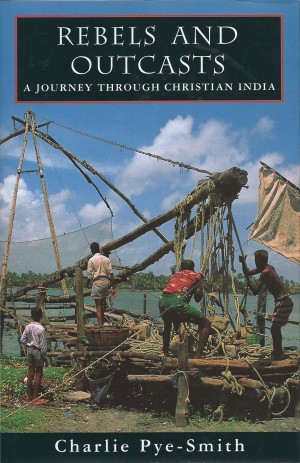