In 1990, Richard Keefe of North South Productions invited me to work on a major three-part Channel 4 television series about the relationship between people and nature in India. “Where do you want me to go?” I asked, having never been to India before. “Oh, just take your time,” said Richard breezily. “You”ll need to go several times and cover as much of the most of the country as you can. Just come back with some good stories.” Those were the days when there was a certain languor attached to making documentaries about environmental issues in developing countries.

Over a period of several months I visited a dazzling array of landscapes, as well as great cities such as Bombay, Madras and Calcutta (as they were called in those days). I met fishermen, farmers, environmental activists, ornithologists, forest rangers, tea planters, family planning experts, politicians, priests, mystics – in fact, just about anybody who had an interest in the way people and nature rubbed along together.

On reflection, I’m astonished that the project was such a success. The much acclaimed team of cameramen we hired in New Delhi pocketed a large slice of the budget and did virtually nothing, so we were forced to hire three very young local cameramen with no track record. They turned out to be brilliant. However, we did make one serious mistake. Instead of calling the book Wild India, the title of the series, we plumped for In search of Wild India, not realising that this was the title of a very different book, published many years before. Following the TV series, sales of their book – rather than ours – rocketed. 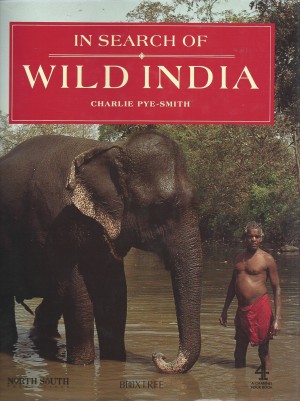