The cover gives a flavour of the book – a bleak and angry assessment of what was happening to the British countryside. Our thesis was simple: the industrial farming, forestry and water industries were responsible for the rapid loss of wetlands, flower-rich grasslands, woodlands, salt marshes and upland bogs, along with species such as the otter, peregrine falcon and heath fritillary butterfly.

My co-author Chris Rose was a serious activist – he went on to become Director of Greenpeace – as well as a proper naturalist. Both of us had studied conservation at University College London and we were unimpressed by the leaders of the conservation movement, who seemed to be doing little to stem the tide of destruction. The book contains some fairly potty ideas about land reforms (for which I was responsible, I seem to remember), but its strong criticism of the Ministry of Agriculture, Fisheries and Food (MAFF) and the Forestry Commission was wholly justified. In retrospect, I think we should have  been far more critical of the EU Common Agricultural Policy. 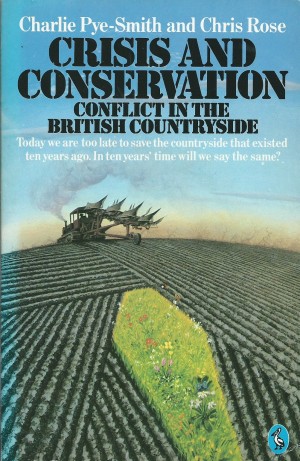