A conservation conundrum on the Marlborough Downs

“When I came here as an assistant shepherd 32 years ago, this was a vast arable prairie, totally devoid of wildlife,” says Chris Musgrave, indicating with a sweep of his arm a great swathe of rolling countryside at the heart of the Marlborough Downs. “But just look how it’s changed!”

He points to the hedgerows and woodlands and scrubby patches of gorse among a mosaic of pasture and arable land. Had we come in spring or summer, we would have had a good chance of seeing, or hearing, corn bunting, yellow wagtail, tree sparrow, grey partridge and lapwing – farmland birds whose UK populations have plummeted over the past few decades. Still, there’s a red kite mobbing a carrion crow on the hilltop above us, and two buzzards circle around the valley below.

When Count Konrad Goess-Saurau bought Temple Farm in the mid-1980s he set about turning it into a shooting estate. With the help of the Game Conservancy, he and his staff gradually transformed the landscape. They planted almost a million native trees and 23 miles of hedgerow, and dug nine dew ponds to attract wildlife. “Our ethos is simple,” says Chris, who now manages Temple Farm and three other estates. “It’s about profitable farming with a care for the environment.” 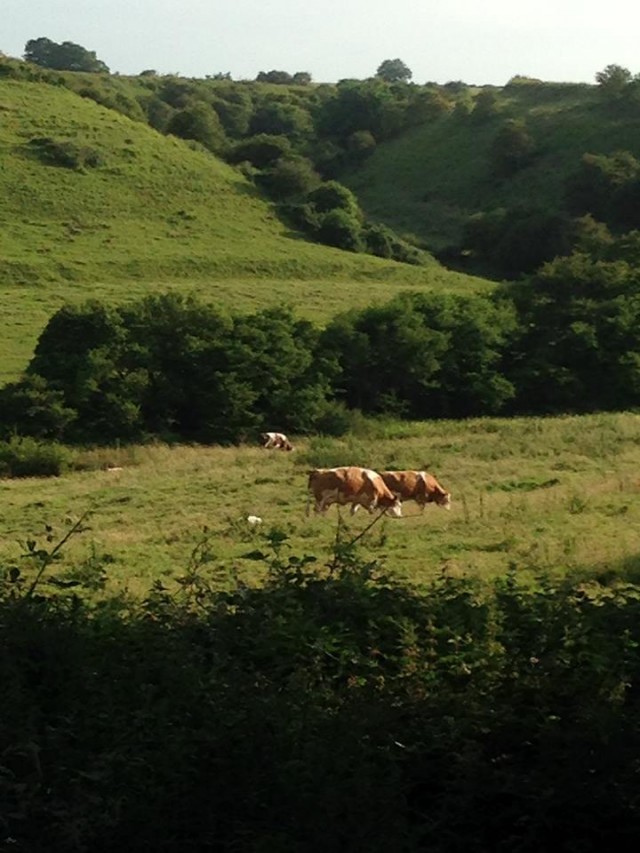 Over the years, Temple Farm has taken advantage of various agri-environmental schemes. All the grassland and 14% of the arable land is now managed under Higher Level Stewardship (HLS) agreements with Natural England. The farm is also part of a new government-supported initiative which is encouraging conservation over larger landscapes.

When the Department for Environment, Food and Rural Affairs (Defra) announced a competition in 2011 to find new ways of improving nature conservation at the landscape level, Chris got together with Jemma Batten of Black Sheep Countryside Management. “I’d had about 12 years experience as an agri-environment consultant and advised many of the farmers around here,” says Jemma, “so I was keen to be involved when Chris suggested we should enter the competition.”

Entrants had to have a land area of at least 25,000 acres, so Chris and Jemma drew a line on the map, from Swindon in the north to Avebury and Marlborough in the south, and invited every landowner and tenant – over 40 in all – to a meeting. “Twenty-five turned up on a cold November day in one of the barns here, and at the end of the meeting the farmers asked me to draw up a business plan for the competition, based on the sort of things they were interested in doing,” recalls Jemma.

The Marlborough Downs Nature Improvement Area (NIA) is one of 12 NIAs set up in 2012 and the only one led by farmers. So what’s in it for them? “Not a lot! Or at least, not a lot financially,” says Jemma, who manages the project. “But two years down the line it’s becoming like a big family. Everyone enjoys working together and meeting people from the community and all the specialists, like bird and butterfly recorders, who are involved in the project.” So far, over 3700 people have participated in events showcasing the Marlborough Downs NIA. These have ranged from workshops on managing dew ponds and controlling predators, to farm walks, winter owl-watching and riding for the disabled.

But there’s an elephant in the room

One of the main objectives of the Marlborough Downs NIA is to protect and enhance areas of value for wildlife – there are five Sites of Special Scientific Interest (SSSIs) and 30 locally important wildlife sites – and adopt measures which help farmland birds to flourish. There are six priority species, all of which are red-listed; in other words, of highest priority, nationally and internationally, for conservation. Since 1970, there has been a 90% or greater decline in the numbers of grey partridge, turtle dove, tree sparrow and corn bunting in the UK. Yellow wagtail have declined by 69% and lapwing by 63%. 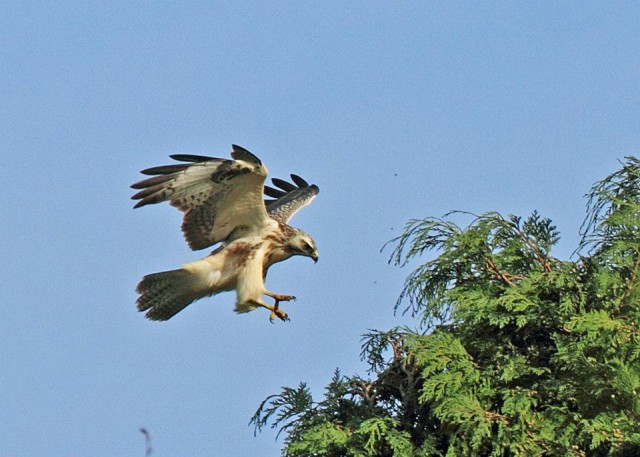 Buzzards, as well as red kites and badgers, pose a threat to ground-nesting birds like the lapwing. Photo: David White

“If anybody asks me what my favourite bird is, it’s the lapwing,” says Phil Holborow, gamekeeper at Temple Farm for the past 16 years. This spring, like every spring, Phil and his assistant spent many hours locating where the lapwings were nesting and marking their nests. When the tractors came to drill spring crops, they removed the eggs, then replaced them in exactly the same spot as soon as the tractors had passed. “This year, we did that for 15 lapwing nests, and each had three eggs which hatched,” recalls Phil. “Within two weeks, every chick had been eaten – mostly by badgers.” If the badgers didn’t get them, kites and buzzards did. “The lapwing have fallen off a cliff these past few years,” he says. “In 10 years time, I don’t think there’ll be any here.”

Phil does everything he legally can to control predators. He sets up Larsen traps for crows, controls foxes when necessary, conducts a continuous war against rats. But none of this is helping the lapwing. Or, for that matter several other species. To give just one example, a badger dug out seven bumblebee nests on one bank at Temple Farm, destroying them all.

“Everything has a place on this planet, providing there is a balance,” says Phil. He has no doubt that there are too many badgers – so many, in fact, that mange, a disease of overcrowding, is becoming more common – and their presence in such large numbers is having an impact on the way the land is managed. “I can’t get cattle on to some sites here for love nor money because farmers aren’t prepared to take the risk of getting bovine TB,” says Jemma. Unlike sheep, which are fussy eaters, cattle will eat whatever is at their feet and they tend to create a structurally and biologically more diverse sward.

Phil also believes there are too many red kites and buzzards. “You hear people say red kites are carrion feeders, but that’s not true,” he said. “I’ve often seen a red kite push a buzzard off a live partridge they’ve caught, and then the buzzard has to go off hunting for another meal.” During the past 10 years, the UK buzzard population has increased sevenfold. There are now twice as many breeding buzzard as there are pairs of wild grey partridge. Little wonder, then, that ground-nesting birds like grey partridge, lapwing, curlew and golden plover are in such trouble.

Imagine (seeing as we are near Avebury Ring) what an Ancient Briton would make of all this. On one hand, the government is supporting, at considerable cost, a wide range of conservation schemes – including Higher Level Stewardship agreements and the Nature Improvement Area – whose purpose is to protect wildlife and enhance biodiversity. And local farmers in the Marlborough Downs NIA are investing considerable time and effort into creating, among other things, a “necklace” of dew ponds linked by a corridor of nectar-rich grassland, and a range of other wildlife-friendly habitats.

Yet the law provides total protection for a number of species – in this case, badgers, buzzards and red kites – which have become so common that they are suppressing the populations of other, much rarer species, such as the lapwing. In conservation circles, this is the conundrum that dares not speak its name.

You can read more about the Marlborough Downs NIA here.